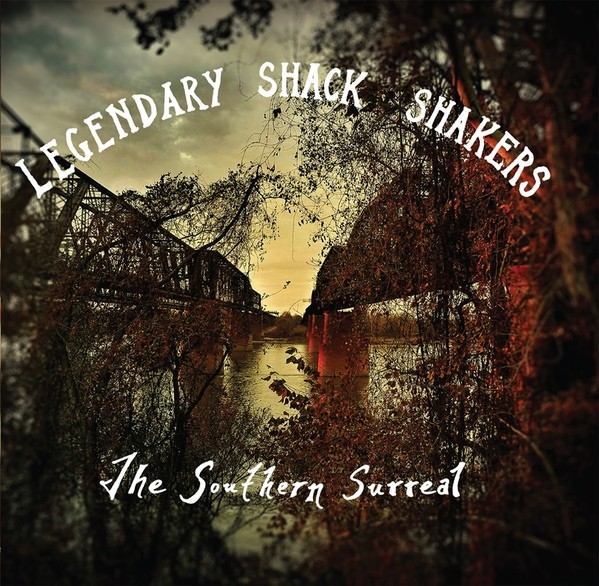 Its the kind of album that could only have sprung from the mind of frontman/mad genius JD Wilkes, a relentlessly curious Southern renaissance man who is just as comfortable shredding the shit out of a packed house full of sweaty fans as he is settling into a late-night jam with an elder mountain fiddler.

The Southern Surreal marks a return to the Legendary Shack Shakers core lineup of bassist Mark Robertson, guitarist Rod Hamdallah, and drummer Brett Whitacre. Theyre back on the road with a renewed purpose following a two-year hiatus, and the new album is a launching point for national touring and more. This newfound purpose fuels the raw energy behind The Southern Surreal, which was recorded at the historic Woodland Studios in Nashville, home to classic recordings from artists like the Oak Ridge Boys, Patty Loveless, and Nanci Griffith. JDs recent work with his roots ensemble the Dirt Daubers, helped him push the Legendary Shack Shakers into new territory. On The Southern Surreal, the fire-breathing rockabilly (MisAmerica), demonic doo-wop (The One That Got Away), and punk country (Christ Allrighty) the Shack Shakers used to be known for is still there, but the music has deepened to bring in items as disparate as Mississippi hill country trance blues (Fools Tooth), mountain banjo and square dance songs (Mud), and Tom Waits-ian barrelhouse piano (Demon Rum), not to mention the found sounds that JD slipped into the recording, like crackly radio sermons, trains, coyotes, ghost story field recordings. Its a heady brew, and JD likes to compare it to the medicine shows of old, only this time the snake oil salesmans peddling mescaline and speaking in tongues!

With The Southern Surreal the Legendary Shack Shackers are rolling harder than ever, bringing a new sound tied as much to the Southern haunted folklore as to the wall-rattling live shows that first gave them their legendary moniker!

Cow Tools
Mud
MisAmerica
The Grinning Man
Cold
Dead Bury the Dead
The One That Got Away
Young Heart, Old Soul
Fool's Tooth
The Dog Was Dead (feat. Billy Bob Thornton)
Down to the Bone
Christ Almighty
Demon Rum
The Buzzard and the Bell
Born Under a Bad Sign