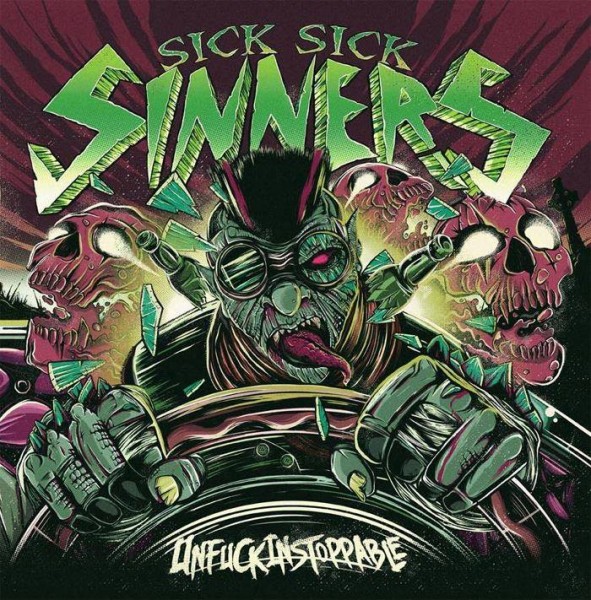 
2nd album from the hard-rocking brasilian Punkabilly trio, ex-Os Catalepticos. On tour in Europe from 18th of September – 5th of October 2014!

Fuck me pink...purple if you're able, but this is a ten track blitz on the aural senses. Vlad and the lads certainly have the pedal to the floor. Actually, if psychobilly was a souped-up engine I'd imagine it'd sound like this. Slap bass fans rejoice because the sound captured here of said instrument-o-orgasms shall send pulsations of pleasure up and down your own instrument-o-orgasms. Both drums and bass are recorded at the perfect level with lashings of clarity. The guitar is crunchy and powerful...rock but not quite metal. The vocals? Well, as you know by now if you read my musings I'm not a fan of the auld horror theatrics in the vox department but that's not the case with every band. Vlad being one of the few exceptions to that rule. Actually his vocal styling add to the whole sonic aggression of the album. The boys aren't just speed merchants though. They're craftsmen. They've put together some ditties here that you just want to go back and hear again. I love the production on this album. It's pretty much perfect. Now to go get my brand new box of tissues and listen to it all over again.