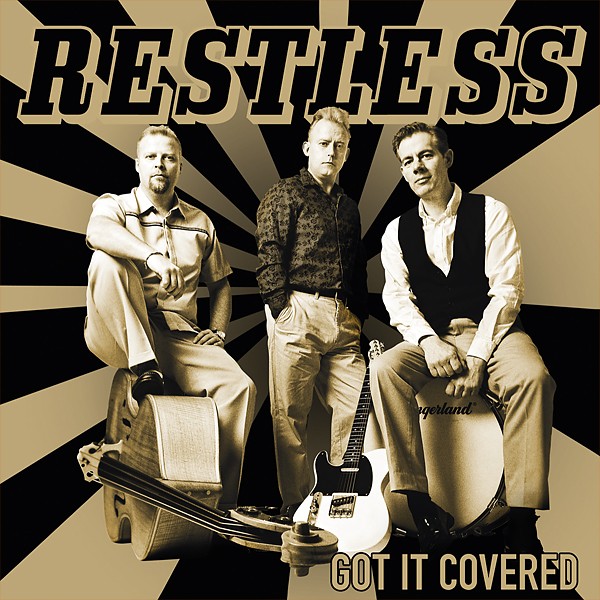 Modern Rockabilly encompassing styles from the 40's right up to present day. What makes RESTLESS different from the rest is their ability to play all 'Rock 'n' roll' genres from country to Psychobilly. They choose covers nobody else would think of as well as writing their own material, much of which is now considered 'neo classic' and has been recorded by countless other artists.

The new album is a covers album they've waited to do for a long time. It contains many songs they've dreamed of recording for many years from many of their favourite artists. From Elvis to Faces, to Robert Plant to Kanye West.........this is a pressure valve released.

1.Tie your Mother down. (Brian May)
2.All you ever do is bring me down (Raul Malo and Al Anderson)
3.Jealous mind (Peter Shelley)
4.For the heart (Dennis Linde)
5.Pump it up (Elvis Costello)
6.How long will my Baby be gone? (Buck Owens)
7.Pool Hall Richard (Stewart and Wood)
8.I washed my hands in Muddy Water (J. Babcock)
9.Simply irrisistible (Robert Palmer)
10.Lonesome me (Don Gibson)
11.Goldigger (Kanye West)
12.She thinks I still Care (S. Duffy and D. L. Lipscomb)