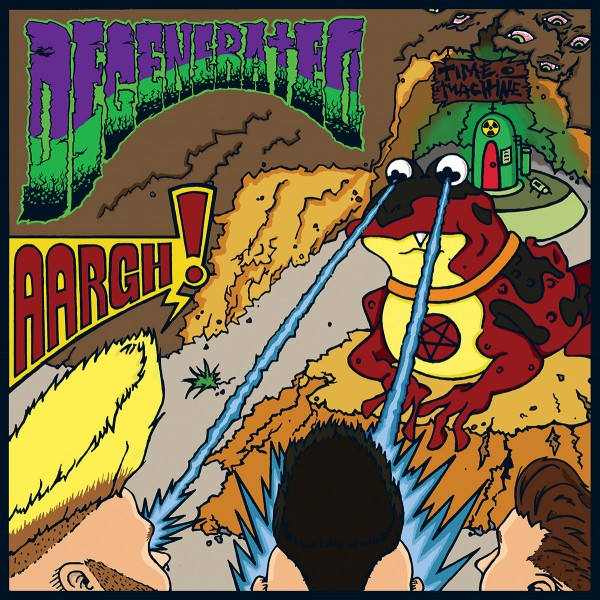 Degenerated is a Berlin based Psychobilly trio in best 80's tradition, equipped with double bass and stand-up drums. The trio plays Psychobilly without distortion or power chords, but with influences ranging from Neo-Rockabilly to Trash in the vein of the Sting-Rays. The opener "Revenge Of The Hypnotoad" instantly makes you wanna wreck and sets a high standard for 37 minutes of Psychobilly madness. Guitarist Max and bassist Madman share the vocals of these numbers, amongst them the only cover version "Stompin' Shoes" by Crazy Cavan & The Rhythm Rockers. Overall Degenerated blows out 13 tracks, mostly uptempo and never boring!

Holy shit. This is by far the best musical surprise I've experienced in a long time. Top notch twangy psychobilly with just enough trash to keep it genuine and keep your attention. This album is a contender to Mad Sin's legendary "Chills and Thrills..." LP, early DAG, and McMillan's guitarwork... almost reminds me of what all those Klingonz albums would have sounded if they had invested in higher production costs. Hand down, this is THEE BEST new album I have heard in (at least) a year. To be released on Crazy Love records.