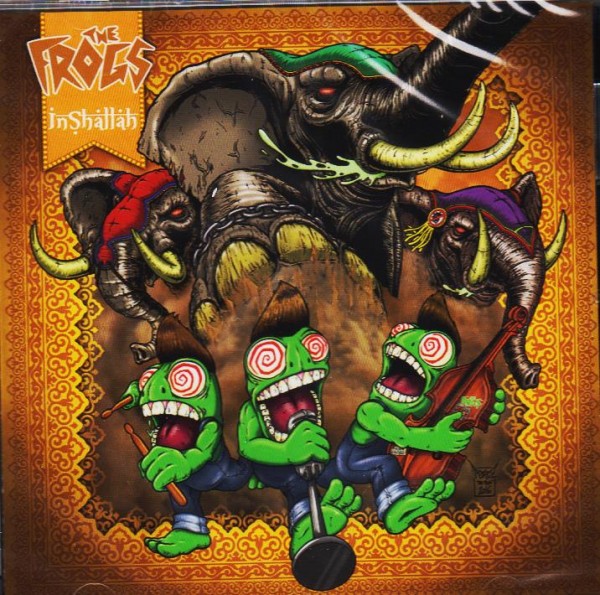 The Frogs keep their psycho firmly rooted in the good old style from the 80s, with plenty of range for the rattle of the doghouse bass. Meanwhile, they add some of their own flavour to the fifteen songs on In’Shallah, such as Arabesque guitar melodies in the title track, succeeded by B-movie theremin blessings. Since the one-two punch of Revenge Of The Frogs (2010) and Witch! (2012) the trio have wrecked numerous stages, from Pineda de Mar all the way to Mexico. These live exploits shine through on their third album, which makes The Frogs leap in the limelight of psychobilly from Switzerland. And the world, for that matter!