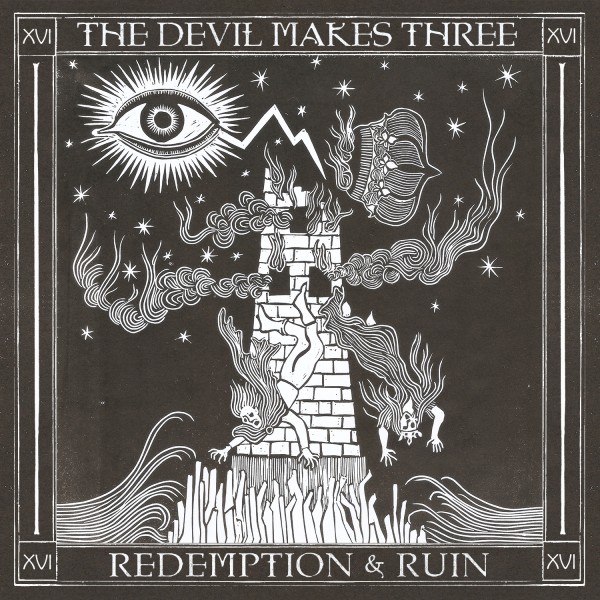 Redemption & Ruin is a concept project of 12 hand-picked songs that bring fans in on the repertoire and legacy that have inspired The Devil Makes Three from before they founded the band. Divided in to two sides, the subjects of "redemption" and "ruin" are explored through various works by Muddy Waters, Tampa Red, Townes Van Zandt, Tom Waits, Hank Williams, Kris Kristofferson and Willie Nelson to name a few and The Devil Makes Three's interpretations of these songs also feature an all-star cast of guest stars like Emmylou Harris, Tim O'Brien, Jerry Douglas, Darrell Scott and guitar great Duane Eddy. Pete, Cooper and Lucia's mutual love of these songs, their exploration of the human condition and the therapeutic keening of the blues melodies has been found throughout their albums of original material, but here on Redemption & Ruin they're bringing listeners directly to the source point of their inspiration.