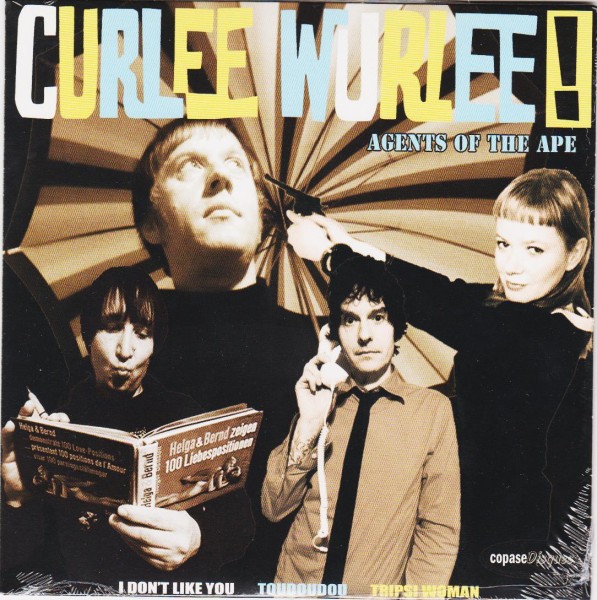 After eight singles and a brand new fourth album, Curlee Wurlee! strikes back on notorious copaseDisques with an exciting ninth and solid wax pebble.
Although the Curlee Wurlee! writing is recognisable among tons of others, I'd try to make it short and etiquette A-side super-tune “I don't like you” as a punkrock original in English, while “Toudoudou” sung in French sounds like a poppy radio sing-along tune to me.
And for the second time in their career, they gave copaseDisques a song in German: “Tripsi Woman” is a brilliant adaptation of “Gipsy Woman” written by Joe Burnette and Dorsey Wosborn, but inspired by the wonderful Australian moody combo of the 60s: The Allusions. It is all about Garageville DJ Tripsi's drink named after him. If this song doesn't turn into the official drink's soundtrack, I swear I will cut my beat haircut and eat my shorts.