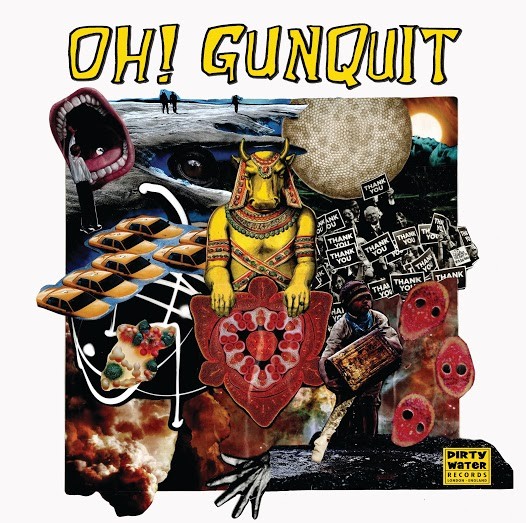 Oh! Gunquit are a London-based ‘rumble-bop trash blitz freak-a-billy’ five-piece that formed in 2011 after neighbours Tina Swasey and Simon Wild met each other while frequenting a North London vinyl-only sweaty cellar club DJ night. After an energetic pogo competition they decided to create a group blending their love of wild garage punk, exotica, raw rhythm’n’blues and surf-trash that’s been described as a cross between The Cramps and The B-52’s. The band name derives from a twist on a Native American-named outpost on the east coast of the US, a former artist colony, and where a chief elder once ‘cast all guns to the sea’.