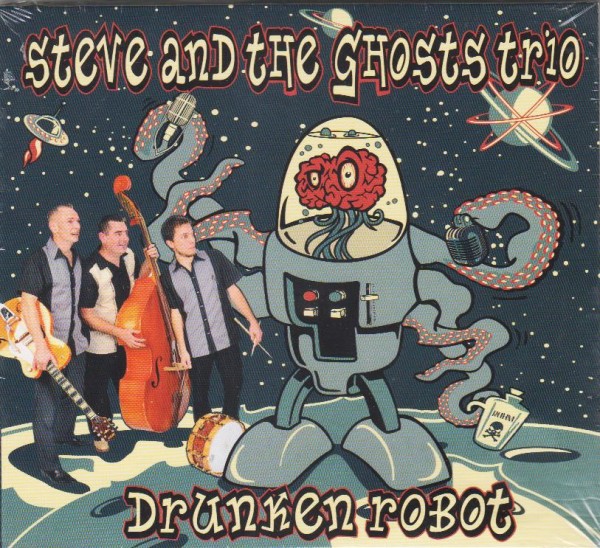 Stephan created created  Steve and the Ghosts trio five years ago. Confident in his musical experience (double bass player of The Sky Rockets, Rocking Daddy, Vintage 56, Rave From the Grave, Gotham, Milton and the Wildtones...), after more than 600 performances in France and abroad, and then half a dozen albums with all his bands, he decided to combine singing and double bass with his old fellow traveller guitarist Philippe, with whom he has played for 25 years. Philippe accompanied The sky rockets, Gotham, and also the famous English band The Frantic Flintstones.
Their style is a miscellany of American (Luc Mc Daniel, Lou Josie) and English music (Cliff Richard, Billy Fury, Sandy Ford), Rock'n'Roll, Rockabilly and is even influenced by Jazz. The band broadcast a boisterous style worthy of the best 1950's pieces, plus a touch of modernity (Ray Comdo, John Lewis, Darrel Higham).