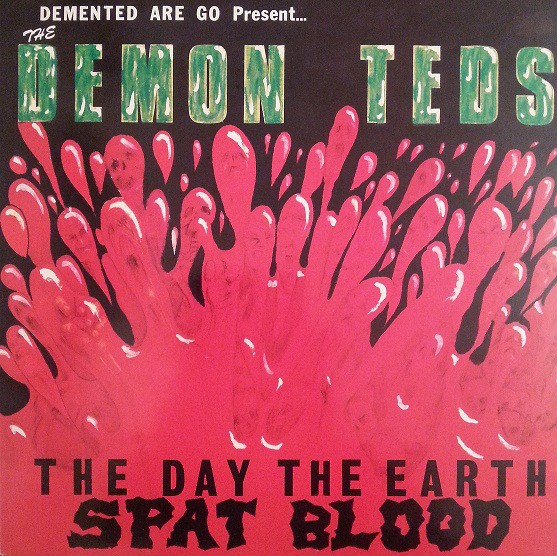 Written, recorded and mixed in literally three days of time, DEMENTED ARE GO’s “THE DAY THE EARTH SPAT BLOOD” is without a doubt a psychobilly classic! Originally released on vinyl in 1989 by the mighty Link Records, this hard rockin’ mini-album got issued on CD through various occasions, but a vinyl reissue was never in the works. Until now that is! Because nearly 30 years(!) after its original release, REBELLION RECORDS is proud to announce the official re-release of this cult album! Officially licensed from Cherry Red Music.

200 copies on BLACK vinyl made!

TRACKLIST:
A1 Country Woman
A2 Brain Damaged Chile (Slight Retard)
A3 One Sharp Knife
A4 Flight 103