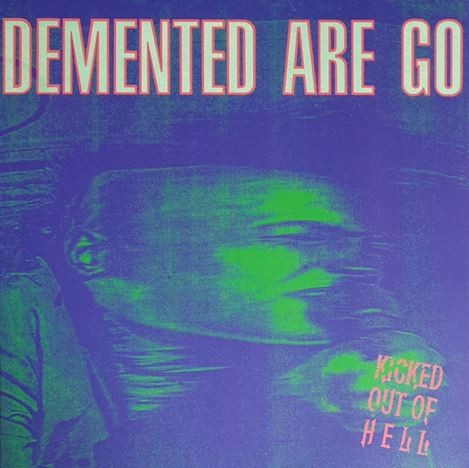 “KICKED OUT OF HELL” is DEMENTED ARE GO’s second album. Originally released by I.D. Records in 1988, it is without a doubt one of my all-time favorite records by these psychobilly legends! There is so much energy and savagery in raucous stompers like “Satan’s Rejects”, “Human Slug”, “Call Of The Wired” and “Surf Ride To Oblivion” that they still stand their ground 30 years(!) after their initial release!

Although reissued on various occasions in the last few decades, “KICKED OUT OF HELL” is still very hard to come by for a reasonable price, so therefore REBELLION RECORDS is proud to announce the official re-release of this underground classic, officially licensed from Cherry Red! Grab your copy today and stay sick and psycho!


TRACKLIST:
A1 Satan’s Rejects
A2 Human Slug
A3 Cripple In The Woods
A4 Decomposition
A5 Cast Iron Arm
A6 Call Of The Wired
A7 Rubber Plimsoles