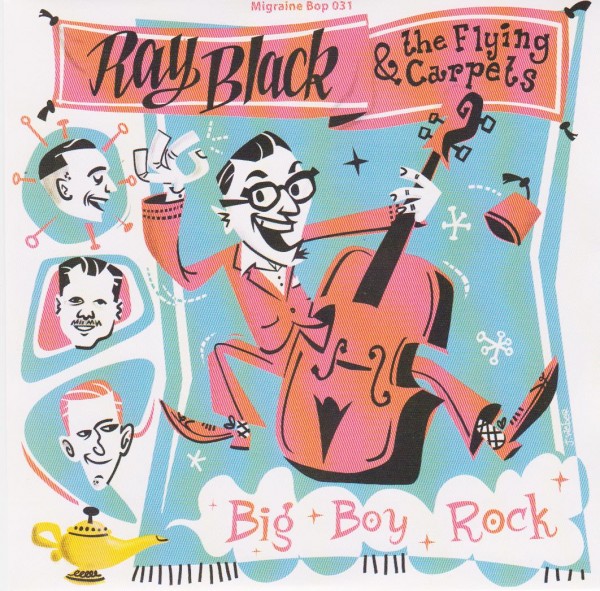 Ray Black & his Flying Carpets are a four piece Rockabilly outfit from the black forest area (Germany). The band is around for a while and built up a
solid fanbase in the south of Germany with their own brand of pure 50's Rockabilly and Rock'n'Roll.
By the end of 2017 the band went into the Black Shack Recording Studio to cut a few tracks for an album and a 45', which both are released right now at the same time.
Whilst the album comes on Rhythm Bomb Records, the band decided to do the Vinyl on Migraine Records... and here we go....
Superb Rockabilly and Rock'n'Roll from the deepest south of Germany... Ray Black & the Flying Carpets