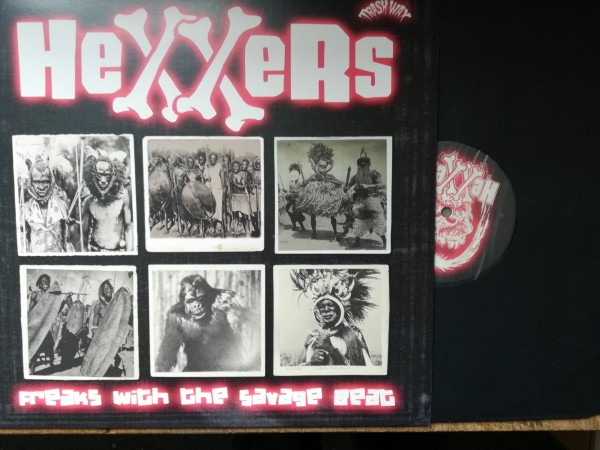 The near legendary Hexxers album, available on vinyl at last...BUT These mixes are the more savage and wilder tracks (different than the CD) also comes with extra tracks not on the CD.....

A genre defining album, a truly 'savage' album from start to finish with not a single weak track present......The Sonics meet The Mummies via Back From The Grave and Desperate RnR !

Original release note from 2004..........The Hexxers crawled out from beneath the fetid SoCal RAB scene to shock and stun an unsuspecting fan base with their primal beat and savage guitar.
Rockin' Ryan Sagat teamed up with the manic hillbilly from West Virginia, Rip Carson, for some cannibal-style garage punk.
"Freaks With The Savage Beat" is the band's first release. There has not been a record this savage since The Sonics and The Stooges.