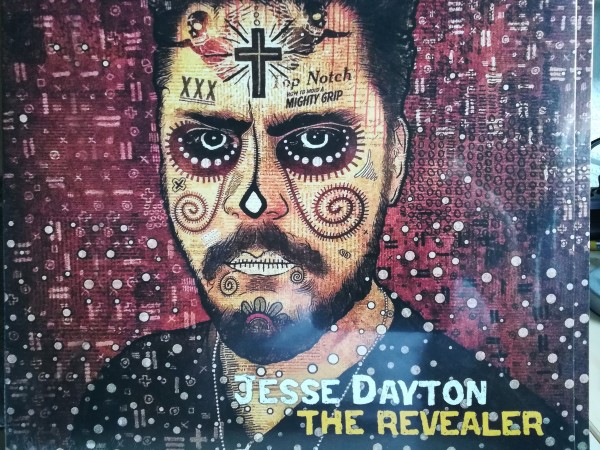 2016 release. Jesse Dayton's (The Roadkings) ninth studio album, The Revealer, is a barn burner gumbo of country, blues and punk, all mixed together into what would now be called Americana.

Produced by John Evans and engineered by Steve Christiansen at the legendary Sugar Hill Studios in Houston. It was quite a homecoming for Dayton, returning to the Houston studio where he did his first recording session there at 18 years old, playing on a session for hit producer Huey P. Meaux with a zydeco band.

Dayton, along with Evans and Christiansen, recorded the majority of the record live. "You could feel the ghost of George Jones, Freddy Fender, Doug Sahm and Jerry Lee Lewis (who recorded there with producer Huey Meaux), in the room while we were working!" Dayton says, "I wanted to get great live rootsy sounds, like the records I loved growing up, but with a real Texas songwriter, story-telling, approach to the lyrics." With The Revealer, Dayton has certainly gone back to those roots. Born in Beaumont, TX, and now based in Austin Jesse Dayton's pedigree is not only impressive, but varied, to say the least. His eight previous solo albums only scrape the surface.

Dayton played all of the lead guitar on Waylon Jennings record Right For The Time and on Ray Prices' record Prisoner of Love. He's also recorded with Willie Nelson, Johnny Cash, Johnny Bush and played live with Kris Kristofferson. Dayton played the lead parts alongside his personal hero Glen Campbell, right after Campbell was diagnosed with Alzheimer's. His exploits are not solely within the country genre either; Dayton has jokingly declared onstage "The Clash and X saved me from going to Foghat concerts!" After touring with Mike Ness from Social Distortion, then playing with punk icon John Doe from the band X, (the two appeared on David Letterman), Dayton got the call to play guitar for X on the band's entire North American Tour, filling in for Billy Zoom while he was in cancer treatment. Dayton has also collaborated with Rob Zombie, creating the soundtracks to three of his films The Devils Rejects, Halloween 2 (in which Dayton played the part of Captain Clegg) and Zombie's animated film The Haunted World of El Super Beasto, and wrote and directed his own film, Zombex, starring Malcolm McDowell.