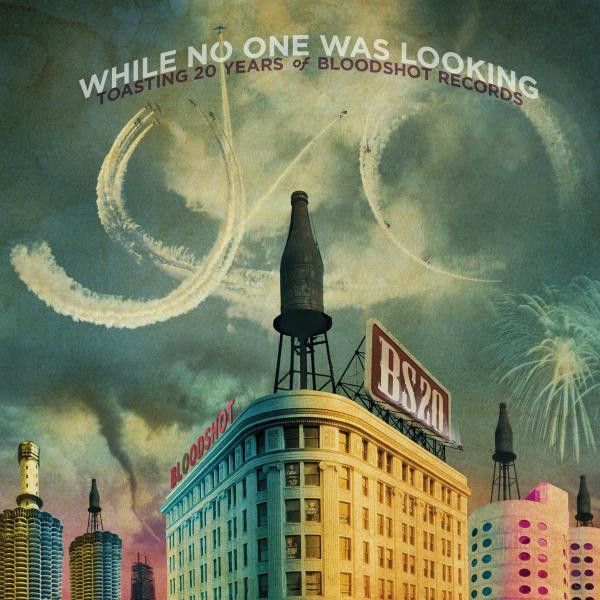 V.A. -  Various ‎– While No One Was Looking - Toasting 20 Years Of Bloodshot Records 3LP

The American label celebrates its 20th anniversary with a double CD and 3LP+MP3 with brand-new and exclusive new interpretations from the Bloodshot repertoire. Friends, artists, old and new buddies as well as some heroes of the Bloodshot Gang celebrate fantastic cover versions from two decades.

The first release "For A Life Of Sin: A Compilation Of Insurgent Chicago Country" was dedicated to the "Alternative Country" scene of their hometown Chicago, and within the next few years the label quickly developed into a guarantor for American roots music in all its genres - from Alternative Country, Singer/Songwriter, Indie/Alternative to R&B/Soul and Punk. Bloodshot discovered greats like Ryan Adams, Ben Kweller and Neko Case and published their early works