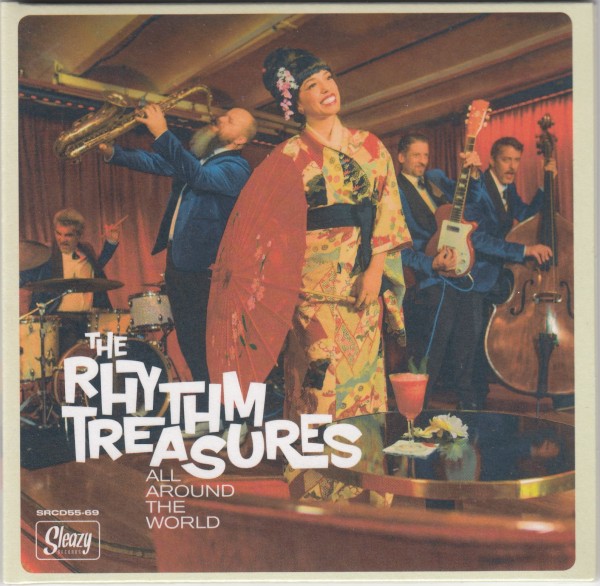 Beschreibung
Beschreibung
From the abyssal depths of the rhythm n ’blues comes The Rhythm Treasures, a ragged and... mehr
Menü schließen
Produktinformationen "RHYTHM TREASURES - All Around The World CD"

From the abyssal depths of the rhythm n ’blues comes The Rhythm Treasures, a ragged and enveloping band that will delight our trance and voodoo nights ....

A blunt and shameless formation. A quintet that celebrates the madness of rhythm n’blues clubs in the late fifties and early sixties. The repertoire is a provocation to dance and wild rock n’roll that ignites the vocal cords of Myriam Swanson.

This year The Treasures of Rhythm have recorded their first album. A British production that Myriam Swanson has made in the company of Artem Zhulyev and Marc Tena to the buttons that go up and down.

The result is an original and very old album with a spring of own compositions and hidden jewels of universal underculture.

The quintet is formed by a melting pot of jungle cultures in the instruments of:

Track list:
Round And Round
Same Thing
Each Day
Love Cruise
Do The Mah-Jong
That's All
Don't Freeze On Me
I'm Shakin'
There Was A Storm
Do You Think That's Right?
We Said Many Things
60 Days And 60 Nights