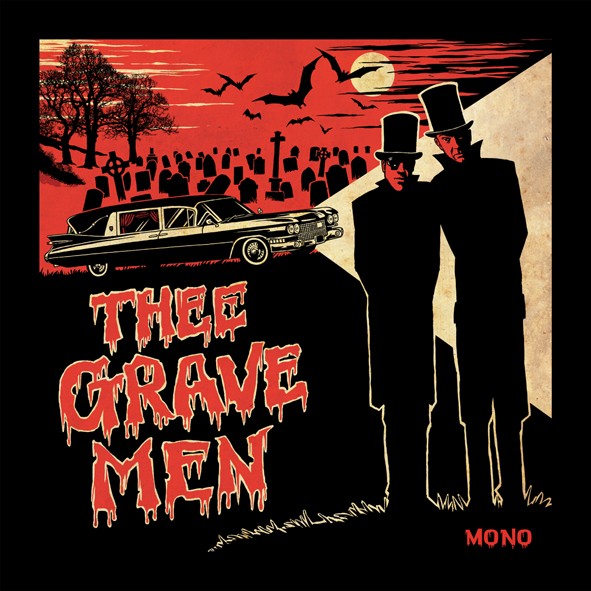 Raw, wild, horrific, and tons of fun is the best way to describe this two man horror-trash band from southern Sweden. These two English guys aren’t interested in pop fame or hit records. They live in a world of gravestones, monsters, werewolves and haunted houses. Sitting alone in the dark watching vintage Hammer Horror films and waiting for gravedigging jobs is how they spend their days.

Sir Lee Tea plays the guitar and wails, while Devilish Daz Trash pounds the stripped down drumset. Born in deepest, darkest 18th century England, the two caped cadavers hooked up at the local British pub in Malmö. Trying to find other band members at a similiar age (of over 100 years old) being quite a difficult task, Lee and Daz decided that a two-man band would have to suffice!

Lee has his musical roots in the UK garage-rock scene, having played with the likes of crazy garage killers Thee Exciters (amongst others) and is also currently a member of top Swedish rhythm’n’blues outfit, The Branded. Daz, meanwhile, came from the trash punk rock’n’roll side of things having been playing since the ’80s with psycho screamers Skitzo! Like voodoo witchdoctors hunting for prey to turn into zombies, Thee Gravemen stalk the stage, spinning lurid tales of the human predilection for sin and man’s capacity for inflicting suffering on his fellow man, all done with fearsome fuzz-busting guitars and crushing, boneshaking drumming to a sleazy Fall-like rockabilly beat.

In these sombre and self-conscious times it is right now that such primitive, unbridled sounds are absolutely and utterly necessary.