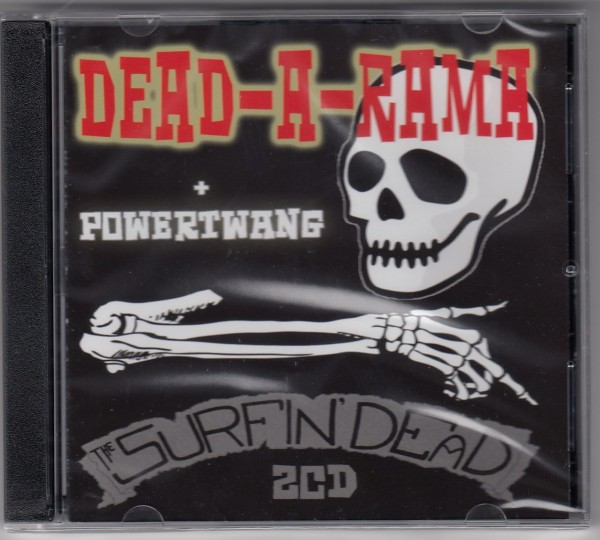 The Surfin' Dead is a hard edged instrumental surf band, led by the guitar of P Paul Fenech, founder of psychobilly genre legends The Meteors.
Instrumentals have always played a part in The Meteors repertoire, and the band has released two all-instrumental collections - volumes one and two of Mental Instrumentals.
Just as The Legendary Raw Deal is an outlet for Fenech's rockabilly side, The Surfin' Dead allows him to explore the instrumental surf genre.
The two Surfin' Dead albums Powertwang (1996) and Dead-A-Rama (2019) have been reissued as a double CD set, with Dead-A-Rama only previously having been available as a vinyl release.
The albums will appeal to fans of The Meteors as the performances are delivered with the attitude of all of Fenech's work, but the recordings stay true enough to the traditional surf style to also win the approval of instrumental surf and rock 'n' fans in general.