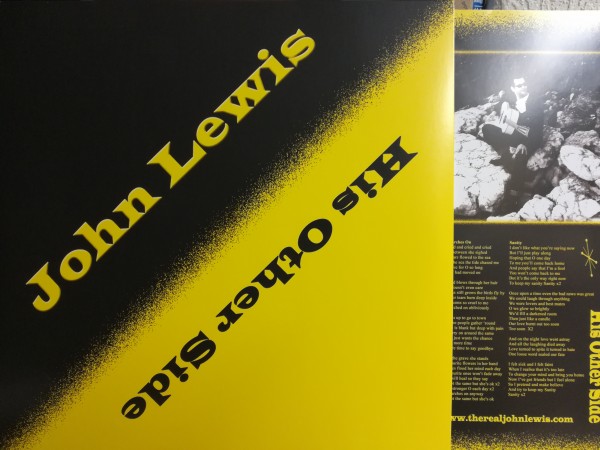 JOHN LEWIS - His Other Side LP ltd.to 500 numbered copies!

A-Side:
Waltz Around The Kitchen (with Imelda May)
Money Troubles
What Kind Of Love Is This
It Hurts
Caedboard Carpeted Doorways
Dark Days
Tick Tock Blues

B-Side:
Not Quite The Not
Rollin'
Isle Of Coll Song
Crying Over You
He's Welcome To You
Life Marches On
Sanity (Demo)


"His Other Side" was orginally released in 2015 in CD format and contain 14 tracks which been recorded, mostly, solo, at John's house by the man himself.
A few of the tracks been re-recorded with his Rock'n'Roll Trio for his other albums, whilst "Waltz Around The Kitchen" hit the rockin' scene
as a strictly limited single release on Atomic Cowboy Records a while ago and became a high collectable release nowadays.
Here you get John Lewis at it's best.....tragic ballads, some honky tonking and for sure a lots of rockin music.. delivered by one of the finest musicians
from Wales. Rated as one of the best voices in the Rock'n'Roll circuit, he also became one of the finest guitar pickers so far as you all know.
This

Well, it was about time that this album get released in a proper format five years later.... solid 12inch /160 gr. vinyl.

So, join in and welcome on the other side of John Lewis!!