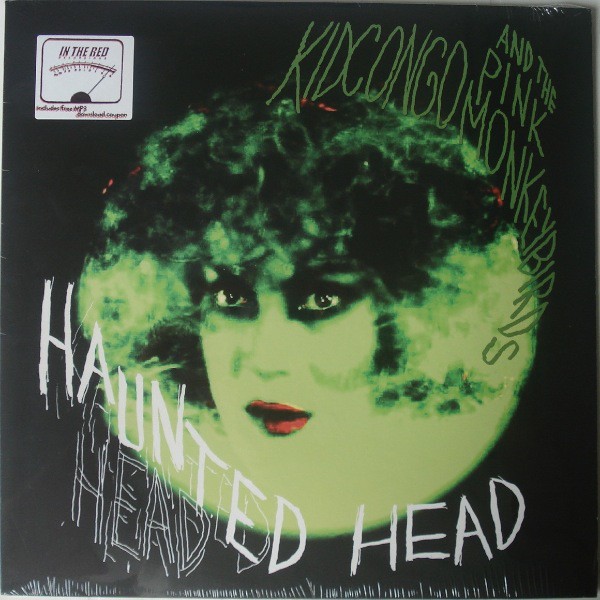 Waking from a nap in the swamps of outer space, Kid Congo & The Pink Monkey Birds ride a geisterbahn into the hypnagogic, a place between sleep and consciousness also known as the Haunted Head. Haunted Head is the third LP the quartet has oozed out for In The Red. Legendary guitar stylist Kid Congo Powers (The Gun Club, The Cramps, Nick Cave and The Bad Seeds) and longtime cohorts bassist Kiki Solis (Knife in the Water), drummer Ron Miller (Up The Academy) and guitarist Jesse Roberts (Sandrider, The Ruby Doe) take matters into their own mitts by having Roberts engineer and Miller mix the record at the now well-known Harveyville Project High School in Kansas. With The Pink Monkey Birds cocktail of fuzz guitars, New Orleans drum beats, soulful strut bass lines and sonic ambrosia at its most potent, Haunted Head offers the purest distillation of the group s powers. The trip of your dreams includes the cheap and tawdry in a tribute to dearly departed actress Susan Tyrell ( Su Su ), the morphing of Jerry Lee Lewis with Phyllis Diller ( Killer Diller ) and the plain ol insanity of romantic love ( Dance Me Swamply ). The band also tells you how they like the mondos and the cholos and the weirdos and he freaks on the rollicking Let s Go! and how they don t like neocons in square back suits and throwing up in a dirty phone booth on the punky proclamation I Don t Like. I mean, who does? On the album s title ballad, Kid Congo & The Pink Monkey Birds ask the listener What s inside your Haunted Head? Are you alive or are you dead? Are you kissing and a huggin ? Are you pushin and a shoving? Perhaps only in dreams could you answer such a question.