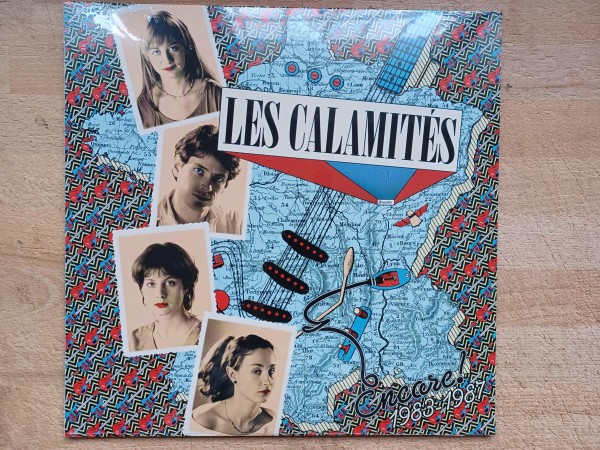 French band The Calamites consisted of three teenage friends, Caroline, Isabelle and Odile from Beaune, Burgundy. The band was formed in the early 80's and soon they recorded their debut album 'A Bride Abattue' released on the label New Rose. They made it to an appearance on regional and then national television, and their sound was compared tot he U.S. female band The Go-Go's. When all the doors in the music industry seemed to be wide open, they decided to focus on their studies instead. Caroline quit the band, while Odile and Isabelle once again released another hit single: 'Velomoteur' produced by Daniel Chenevez, one half of the succesful pop duo Niagara. What remained is a dozen of recordings, earlier reissued on the label Last Call, affiliated to its parent label New Rose, a number of TV appearances on video hubs and a thorough fansite. All this to remember one of the most poppy sounding French girl-punk bands, with a talent for writing a handful of good songs turned into classics. And that is a rare gift.