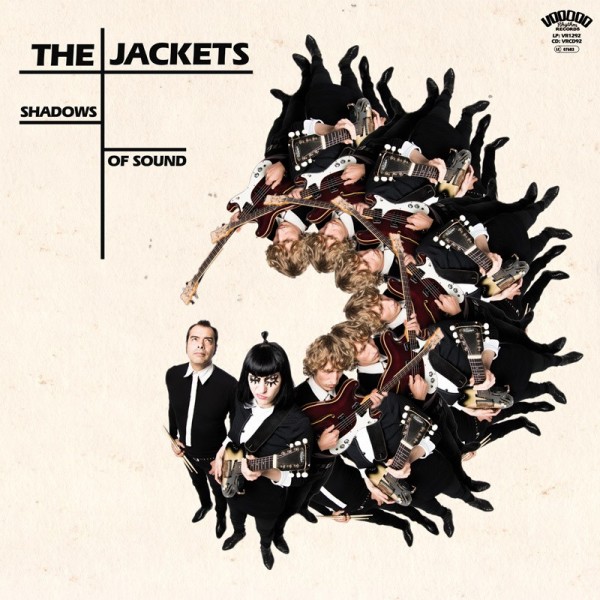 Voodoo Rhythm Records is proud to present the third full length album by The Jackets, a truly mind blowing, hip shaking, FREAKY FUZZ-GARAGE POWER TRIO FROM BERN SWITZERLAND formed in 2007 by Jackie Brutsche, Chris Rosales and Samuel Schmidiger (former members of: THE GET LOST, MAD COWGIRL DISEASE, REVEREND & LIGHTNING BEAT-MAN to name a few!). Their first two albums where released on the fantastic SOUNDFLAT RECORDS, Germany (2012) and SUBVERSIV RECORDS, Switzerland (2009). Singer and guitar player Jackie Brutsche (aka Jack Torera) is not only a very charismatic and strong front woman but probably one of the only ones of her kind in the male-dominated ROCK & ROLL world! Her stage performances are extraordinary and probably the WILDEST since Switzerland's KLEENEX in 1978! The Jackets have a rhythm section every one dreams of! This is traditional Drum and Bass at its tightest and best! What Chris Rosales and Samuel Schmidiger create together is the rhythm that makes the girls lift their skirts and the boys drop their trousers! The purist beat for every Garage Punker or whoever you are! To create this new album the band went to the well-known all analog recording studio CIRCO PERROTTI in Gijon, SPAIN working with engineer and producer Jorge Explosion. The result was a pure product with not a trace of the digital just a straight, to the point GARAGE rock & roll record! Enjoy it, because we sure are!!