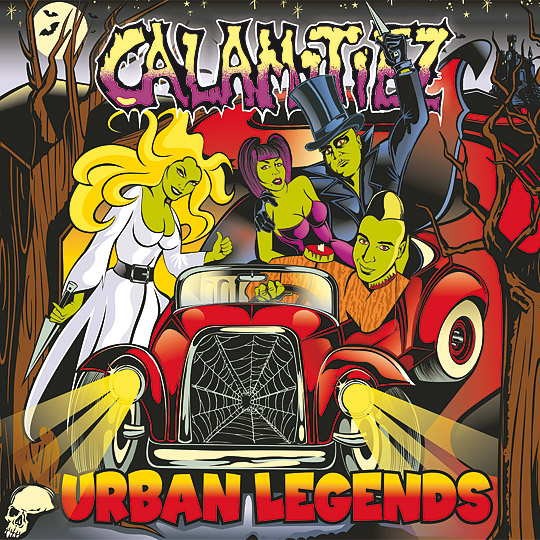 They played some local gigs, supporting Caravans on their visit to Barcelona and also appeared at the 12th and 13th Calella Psychobilly meetings, sharing stage with big names like DAG, Mad Sin or Nekromantix... They recorded their first demo "Blood, brains and the midnight hour" with 4 self-penned songs in April 2005 shortly before Pep left the band for personal reasons.

Satan played his role again and sent his naughtiest and most dangerous daughter, Nadia, who replaced Pep on drums. With renewed evil forces they started gigging again, supporting Mad Sin in their Barcelona show and had their first taste of published work with the inclusion of a track from their demo Army of the underworld on Viva La Slap!! 2005

But our insatiable dark lord had one last wish and sent them Spiderwoman to add rhythm guitar and complete the band. They signed for Crazy Love Records and released their debut album in June 2006. Over the following months they played a number local gigs including The Calella Psychomeeting in 2006; the late and legendary Vampirela in Zaragoza; supporting Mad Sin in Madrid and Barcelona in September 2006; the 20th Satanic Stomp - Speyer in April 2007; the Pieffe Factory (Italy) with Generation Mongolid and Rusty Cage in May 2007 and opening for other international acts such as Zombie Ghost Train and The Creepshow.

In August 2007 Calamitiez went underground to work on their 2nd album "Urban Legends" which was recorded in December 2007. Watch-out for the legendary release on Crazy Love Records in March 2008!

So Join the Army of Underworld in their crusade of underworld-wide domination!