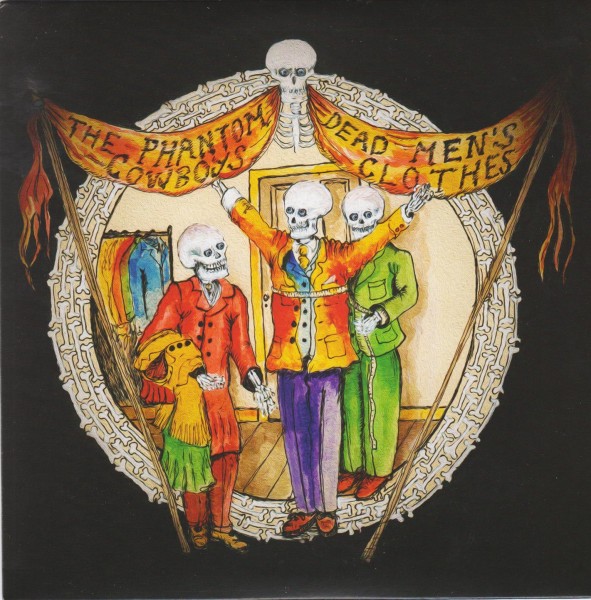 Read what the mighty O'Prez says about:
Back in 1998 (before the internet made everything so accessible) I took a punt on the album Down And Out At The Club Cruella based on the suave image of the band on the front cover (which made them stand out from their cohorts), the album title and the song titles. You couldn't "try before you buy" back then. The whole package smacked of all things dark and voodoobilly. The sounds lived up to the expectations. I've been revisiting that album while I awaited the arrival of the new EP. Voodoo Bunnies is still one of my favourite songs of all time. The only thing missing from this song is a video laden with the aforementioned Voodoo Bunnies (which in turn would put to the test if Juan Sheet is a legend or a liar). So, on to the return of The Phantom Cowboys. Did they pick up where the excellent album left off? Yes! Yes they did!! Their distinctive sound is still 100% intact. Gothic-tinged neo rockabilly with a sophistication that matches their attire. If The Phantom Cowboys went under your radar first time around then don't make that mistake again. As clichéd as it sounds, this really does deserve to be in every self respecting (insert first word)billy collection. Dark, clever, melodious and urbane as fuck. The Phantom Cowboys are everything Dave Vanian's Phantom Chords wished they could have been.