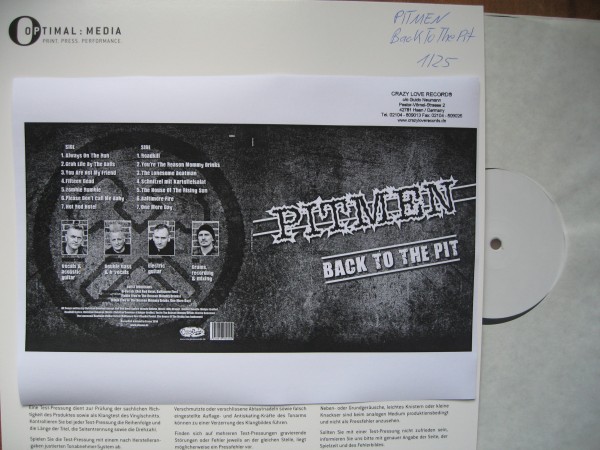 After a 16-year recording hiatus, PITMEN are pleased to announce “Back To The Pit,” their third studio album, on Crazy Love Records. Fans won’t be disappointed with this latest offering – 14 rockin’ tracks ranging in style from Psychobilly anthem to romantic to comedy to go-hide-under-your-bed-I’m-coming-for-you. In keeping with the German band’s roots, they’ve got one in their native tongue (a drinking song about a food fight), plus unique covers both well-known (“House Of The Rising Sun”) and not-so-well-known (“Baltimore Fire”). But how well do they play, you may wonder? Well enough for Sparky to recruit half the band for Demented Are Go! Joining Christian’s vocals and acoustic guitar, Holger’s lead guitar, Grischa’s double bass and Oki’s drums are guest musicians Nina Heinrich on backing vocals, Fran Urton on fiddle and Eduardo Ribeiro (THEM OLD CRAP) on banjo. The resulting album represents the culmination of 22 years of PITMEN!