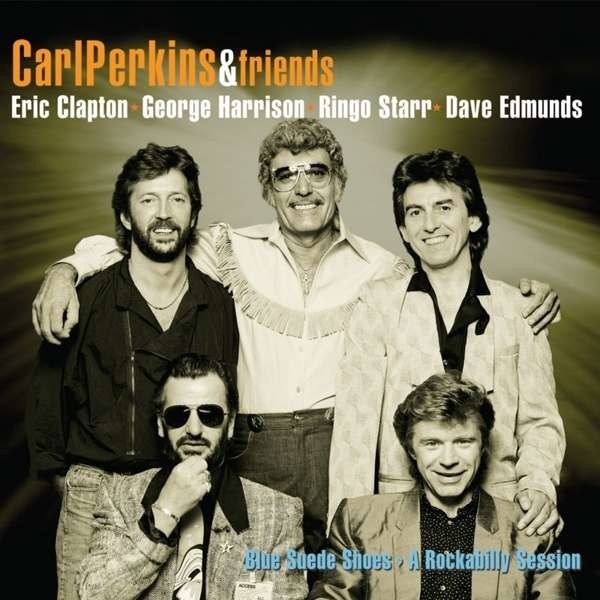 Written in October 1955 and released in January 1956, ›Blue Suede Shoes‹ was an instant classic earning a place in the history books when it became the first million-seller to crossover from the Country chart to the Pop and R&B listings. Swiftly covered by Elvis Presley and later The Beatles, the song remains a Rock’n’Roll anthem. Fitting then that Carl Perkins, the man who wrote and first performed ›Blue Suede Shoes‹, should be accorded a television special to celebrate its 30th anniversary. On 21st October 1985 at London’s Limehouse Studios a superstar cast of friends and fans joined Carl Perkins to record a TV special celebrating his career and the classic songs that he had recorded during it.

Perkins was joined on stage by George Harrison and Eric Clapton along with other stars including Dave Edmunds, Slim Jim Phantom and Lee (Stray Cats) Rocker plus Earl Slick and singer Rosanne Cash, daughter of the legendary Johnny Cash.

George Harrison struck up a lasting friendship with Perkins and much of the continued interest in the programme lies in the prominent role played by Harrison. The former Beatle takes lead vocal on several tracks as well as playing guitar and having a great time. The Beatles connection is even stronger in that Harrison is joined by former colleague Ringo Starr with the show representing their first reunion gig since the mid-1970’s.