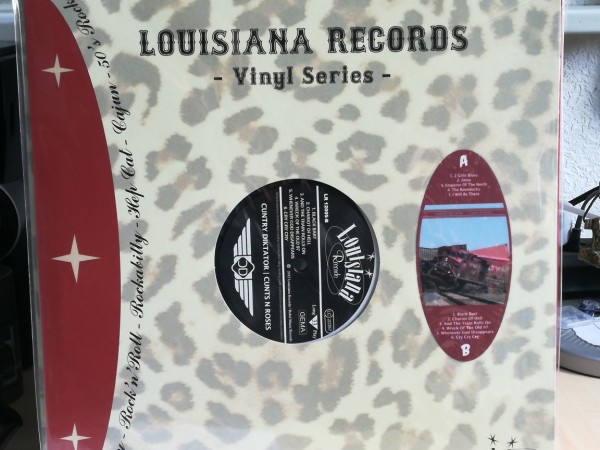 
The quintet was formed in 2008 when three trailer park casanovas (Cot on the drums, Franklin on mike and guitar and Jap on the Bass) suddenly started playing country music as they got bored by hanging out and reading books by Tolstoi, Dostojewski and Arghezi.

After their first studio record “A Collection Of B-Sides And Rarities” (2009) and the live record “Live In The South-East” (2010) which were published on Sumi Records, Cuntry Diktator got signed on by Rebel Music Records and recorded their second long-player “Cunts N Roses” which contains fast, rolling country beats as well as a hand full of ballads and a cover of the traditional song “Wreck Of The Ol 97” . The record is filled with tales about men who did mistakes, women who did right and the joy of riding freight trains of course.

At their live shows Cuntry Diktator usually sound a bit rougher, kick it harder and play it faster than they do on their studio albums. By this they seem to gain the infective level of power and party compatibility that the audience loves them for. The stomping beat, the pumping bass, a heart-melting wind-section as well as Franklins wasted voice and an entertaining show full of stories and stupid dialogs guarantee great nights of music at which the boys just can’t stop playing, the audience just can’t stop dancing and the organizers just can’t win through with that everybody shall shut up and go home. These evenings are usually finalized by the police. Really want these guys to play at your venue? Think twice!