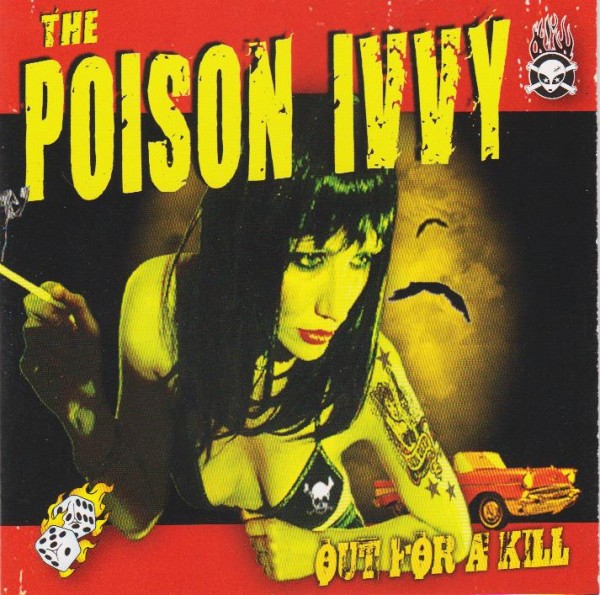 Beschreibung Produkt-Videos
Beschreibung
With "Out for a Kill" Poison Ivvy just released their fourth Longplayer. After nearly 20 years... mehr
Menü schließen
Produktinformationen "POISON IVVY - Out For A Kill CD"

With "Out for a Kill" Poison Ivvy just released their fourth Longplayer. After nearly 20 years of their existence the Trio still remains faithful for its style.
The new Album is a Bastard of snotty Punk'n Roll, Streetpunk and some Instrumental Surf Music. It reflects the pure energie, the sweat and blood of over 300 Live Gigs - so far!

Poison Ivvy started out in 1990 around the City of Zurich. After three Vinyl-Ep's and being included on many Compilations all over Europe and the USA, they released in 1996 their Debut-Album "Call of the wild". One year later followed "Cosmic Trash", which was rather harder and faster than the previous Album.
In 2001 the third Album "Cheap Thrills" was born. They were touring all over Europe and have been to many national and international Radio- and TV-Shows. Furthermore they supported Bands like The Backyard Babies, Nashville Pussy, The Bones and many more.
For the new Album they produced a Video-Clip of the Song "Nothing's alright" in good old 50' B-Movies-Style.
Watch it: www.youtube.com or www.myvideo.de.