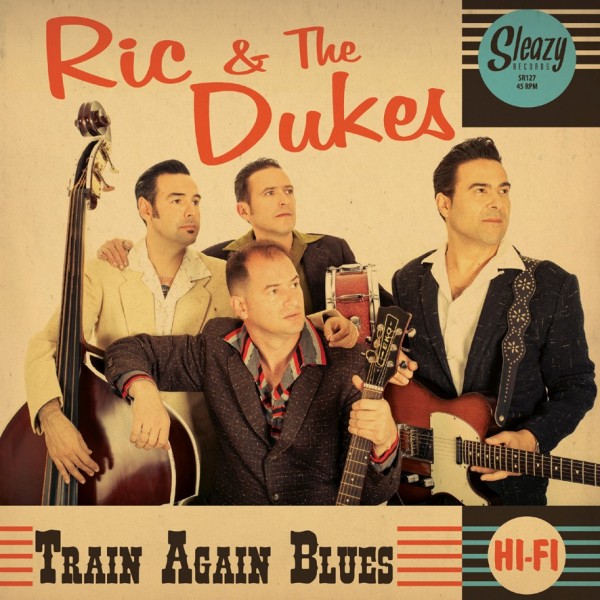 Beschreibung Produkt-Videos
Beschreibung
Ric Arlandi and his musical amigos and are a rare breed of band. Sure, there are plenty of good... mehr
Menü schließen
Produktinformationen "RIC & THE DUKES - Train Again Blues 7""

Ric Arlandi and his musical amigos and are a rare breed of band. Sure, there are plenty of good rockin’ and “authentic” styled acts in our world today, but what sets these Spaniards apart from the rest is their unfiltered passion and fearless devotion to truly classic American-styled 1950’s rock & roll. Herewith is served a primordial dose of raw, unrefined rock from the Andalusian rockabillies known as Ric & The Dukes
Ric & The Dukes are almost TOO good for the 1950’s. It’s probably best for all involved that we have them with us to enjoy here and now. If you want to know what it felt like to hear REAL ROCKABILLY MUSIC as it first appeared in this world some sixty years ago, put this record on your turntable and find out.