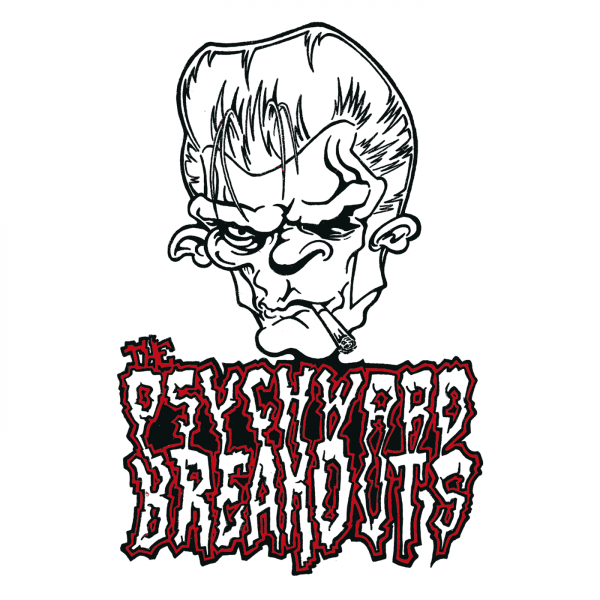 PSYCHWARD BREAKOUT from Sweden are a trio of five socially depressed and mentally unstable band members. They play happy-go-lucky psychobilly with a ruthless,deadly edge.
The band's beginnings can be traced back to a psychiatric unit in the depths of beyond (if you ask the band members!).Truth is, it started just under two years ago, like most bands, in a shitty, stinking practice room in Sweden. They have been playing live here, there and everywhere but, they also like to keep their set a psychofest of the highest quality. So they spend a lot of time in a stinking hole, fixing new ideas to serve to the unsuspecting public!

Band members and roles are:

Jenny-boy Talia: Growling and Skizophrenia.
Terry U Apart: Guitar and horse tranquillizers.
Marc'd Forlife: Bass and Kerosin.
Al B Parted: Drum beats and Tourettes.
The Gimp: Well behaved,does as he is told and often Lead guitar