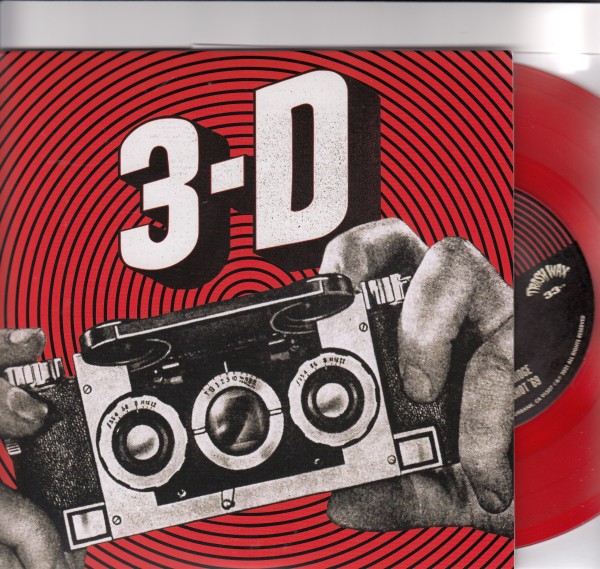 A quarter-century after its creation, the debut EP from 3-D – the solo project of Michael Purkhiser, younger brother of late Cramps legend Lux Interior – is released by MuSick Recordings and Trash Wax Recs in June.

Lux contributed original artwork for the record, featuring images of the 3-D cameras he collected, which has never previously been seen.
After a 20-year hiatus and a move to L.A., Michael resumed songwriting and fortuitously became friends with Art Bourasseau, owner of the MuSick Recordings label. In 2019, Art heard the shelved 3-D recordings and wanted to release the four original instrumentals from those sessions as an EP. Michael dubs 3-D’s style “surftrack” music, combining as it does the British background music for 1960s and ‘70s movies/TV shows and classic true ‘60s surf sounds.