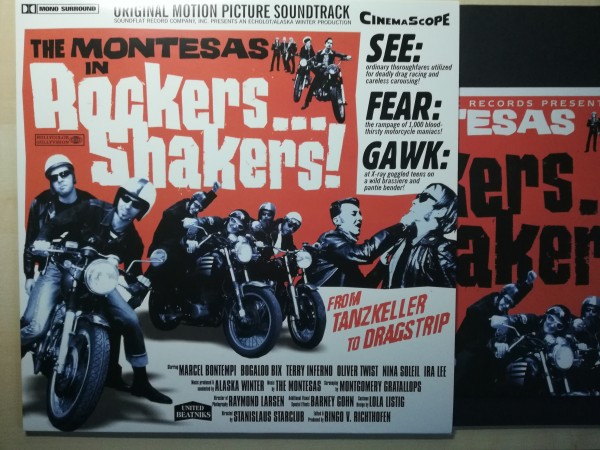 Technically, this is Marcel Bontempi's 1st solo album as he played and recorded most of the instruments (except drums which was Terry Inferno) and it's classic Bontempi ! You can thrill to 'Have Love, Will Travel' (Richard Berry style, not Wailersor Sonics), Shimmy to 'Hully Gully'...Rock out to 'I Smell A Rat'.....All copies come with a glossy 45cmx30cm poster BUT that's not all...flip the poster over and it's a board game.
When this first come out some 15 years ago, certain folk thought it was an actual soundtrack for a movie and Marcel received requests to attend a film festival in France.