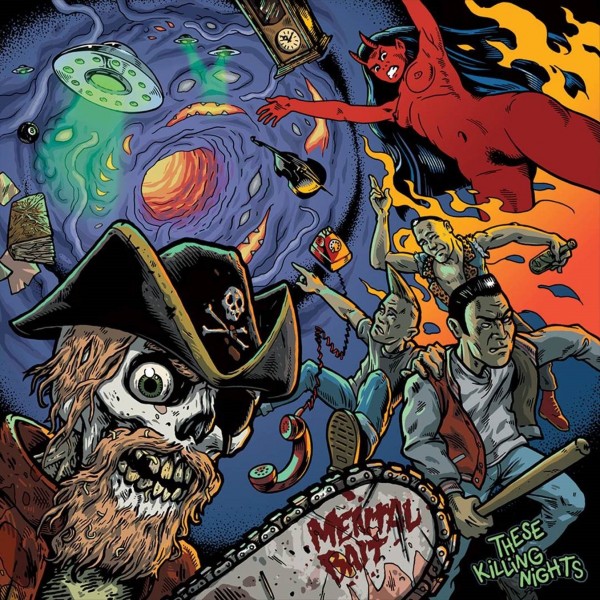 Well then...these boys from Belarus certainly put the psycho in psychobilly and no mistake. Full of aggressive violent energy throughout, but that doesn't mean it's just a 100mph discordant racket. Au contraire! (Yeah that's right...I'm multilingual). This is melodious stuff but with a raw beat and vocal styling that make it sound tough. Speaking of vocal styling...whether I like a band or not all boils down to the vocalist. When the vocals kick in it can make or break a band. The lead vocalist with this band (Doc Orkenstein) makes the band! There. I've said it. The backing vocals on here are great aswell. The combination of both lend somewhat of an anthemic feel to some of the songs. The boys are on the harder side of psychobilly. It's kind of reminiscent of the sound that evolved around the 90s from the likes of Gorilla or the Godless Wicked Creeps or indeed the sounds to be sampled on Crazy Love's "It Came From Hell" series of compilations. Standout songs for me are Strange Green Light, Bitch From Hell and The Land Of Nod Pt.2. My only minor criticism is that the booklet didn't come with lyrics included BUT you can go to the MentalBait Bandcamp page and view them there...and download the album (if that's your thing, it's not mine; I prefer the physical thing in my hand...ooooh matron!). Anyway, this isn't music to woo your girlfriend with, it's music to pummel the shite out of someone in the wrecking pit with. This pleases me!
The O'Prez