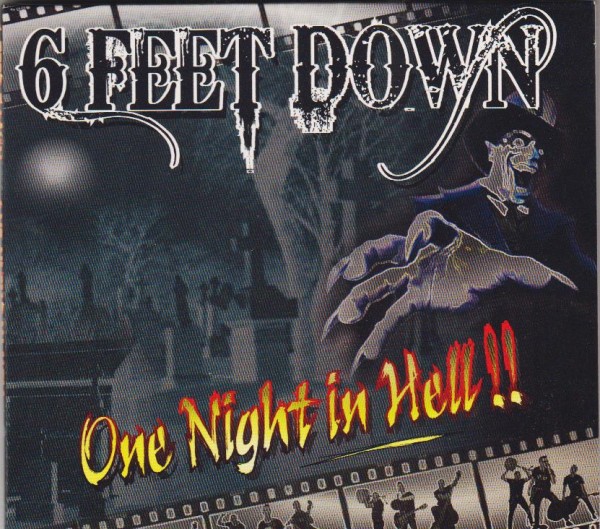 Beschreibung Produkt-Videos
Beschreibung
6 FEET DOWN is a French Psychobilly band. This trio was formed in early 2003 by Gérald... mehr
Menü schließen
Produktinformationen "6 FEET DOWN - One Night In Hell!! CD"

6 FEET DOWN is a French Psychobilly band. This trio was formed in early 2003 by Gérald (guitar/lead vocals), David (slapbass/backing vocals) and Beber (drums). The 6 Feet Down are playing a melodic but explosive Psychobilly, varied with fuckin' energy on stage.

During the last 6 years, many songs were written to find their own style and they performed in about 70 concerts, sometimes with international bands like Long Tall Texans, Gutter Demons, Astro-Zombies, Mad Dog Cole, Spellbound and many others. In 2006, a demo was recorded to promote their music, and then they become known in the international scene, start some dates in Europe (Spain, Sweden and Belgium).