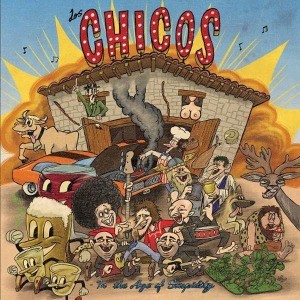 Beck, in a Spanish press conference, said: "Los Chicos are my favourite Spanish band." LOS CHICOS is a five-man rock'n'roll machine constructed from the best parts of all the best components of 20th century rock'n'roll and rythm'n'blues.

They put the ingredients into the mix...and then kick the livin' shite out of it! It's a sound that, on stage, explodes into a powerful and exhuberant rock'n'roll party.

It's your turn next! For this, their fifth album, recorded in the summer heat of Madrid in four days and mixed in another three by Mike Mariconda, LOS CHICOS have collaborated with well-respected Spanish artists such as Josele Santiago from Los Enemigos and Hendrik Röver from Los Deltonos.