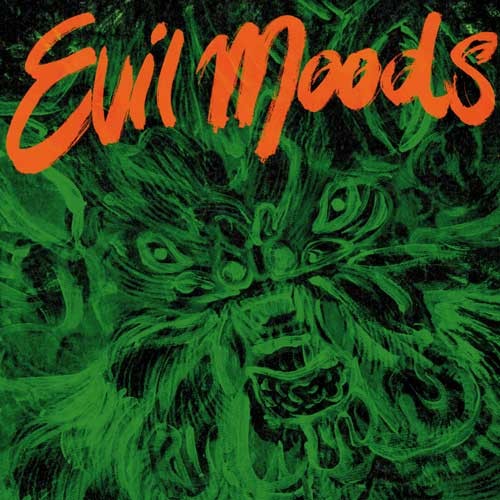 Movie Star Junkies are back with a grudge. The 3rd album on Voodoo Rhythm Records (2008 - melville 2010 a poson tree)
EVIL MOODS, sets things clear right from the title. Lyrically inspired by the pioneers of noir/hardboiled fiction like Dashiell Hammett, James Cain and Jim Thompson (whom the eponimous song is dedicated to) as well as by autobiographic experiences, the music also sees a return to the grittier Rawer Sound, the band walking paths that led them across the sun-scorched territories of folk and americana. The Album was recorded in Italy on a Farm and mixed in Berlin, features on two songs the percussive work of Maximilian Weissenfeldt of Heliocentrics and Whitefield Brothers
The Band Started in Torino Italy 2005. After their debut single, and Albums on Voodoo Rhythm records and Outside Inside Records they Toured Europe a couple times. together with Jon Spencer Blues Explosion, Lost Sounds, etc in 2013 they Did their 1st USA Tour and recorded a live show for New York’s famous WFMU radio station, Its Incredable how Special and Unique this band sounds and stands out in the italian and World Wide music scene. They do their very own thing, Totaly Inspired By Books and Writers Herman Melvile, Friedrich Nietsche etc Squeezing it all into their Musik mixed up in a Storm of Poerty like no one else can do, they are Deffenetly Home in the 4th Generation Garage Scene ( chrome cranks, Thee Oh Sees ,black lips, Country Treasers, Ty Segall etc) but as well totaly different, they Shreding parts of the Birthday Party ( Nick Cave's 1st band) Free Jazz , LSD Oriented Sailor Exotica and Garage Punk Folk Psychadelica and mix it all together into the Music of the Movie Star Junkies