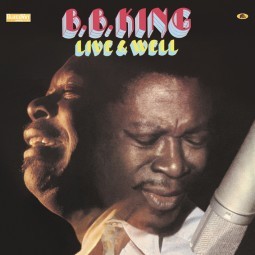 Beschreibung Produkt-Videos
Beschreibung
'Live And Well' was produced by then 26-year-old Bill Szymczyk who later became one of rock... mehr
Menü schließen
Produktinformationen "B. B. KING - Live And Well LP"

'Live And Well' was produced by then 26-year-old Bill Szymczyk who later became one of rock music's most successful and prolific producers. The album consists of five live tracks (Side A), recorded at New York's Village Gate, and five studio tracks (Side B). It was the first B.B. King album to enter the top 100. Thanks to rock Stars like Eric Clapton and Michael Bloomfield, B.B. King's name had become a common one in rock and guitar circles. Consequently, Szymczyk got together a young group of players taking King's music to the next level with a more soulful and rocking approach.