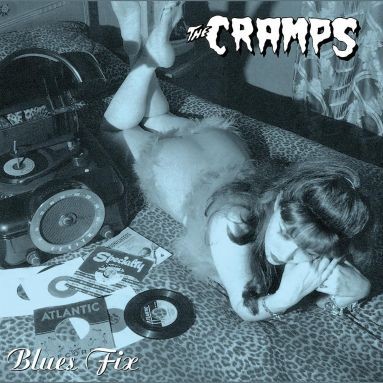 The Cramps’ “Blues Fix” first came out in 1992 as a side project to “Look Mom No Head!” – sort of the single from the album, plus three. It came out then on newfangled CD, so here’s your chance to get a vinyl fix of the “Blues Fix”, all big 10 inches of it.

So what you got here big boy? Well, first up is ‘Hard Workin’ Man’, originally released on MCA Records in 1978 as part of Jack Nitzsche’s soundtrack to Blue Collar, which had Harvey Keitel playing alongside Richard Pryor. The record featured Ry Cooder on slide guitar and Captain Beefheart growled a mean vocal. Jack was a good friend of Ivy and Lux, with a shared passion for records. This has to be the latest original they covered on record.