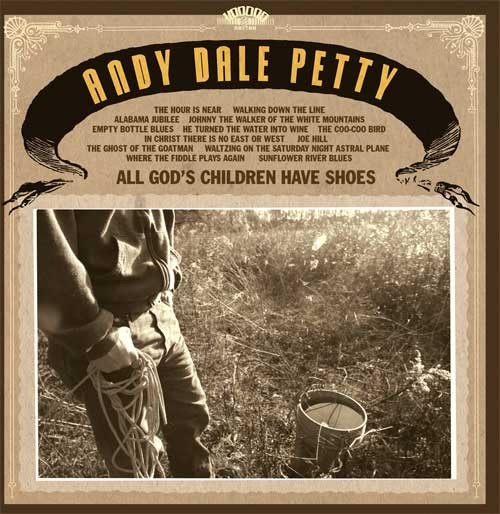 Andy has a great way of playing his instrument and his voice is sometimes so wrong that its Beautiful to listen too, and hes only fucking 18 years old godamit! Andy Takes the Roots of Woody Guthrie and Young Bob Dylan and makes them his own. On this Album there are 13 songs, including a couple covers and Traditionals, but most of them are written by Andy himself, and they are Great Songs in the Tradition of Americana Folk and western Ballads; with Banjo, Guitar and sometimes a sweet little church Organ that catapults you into another dimension and pushes you into another world.