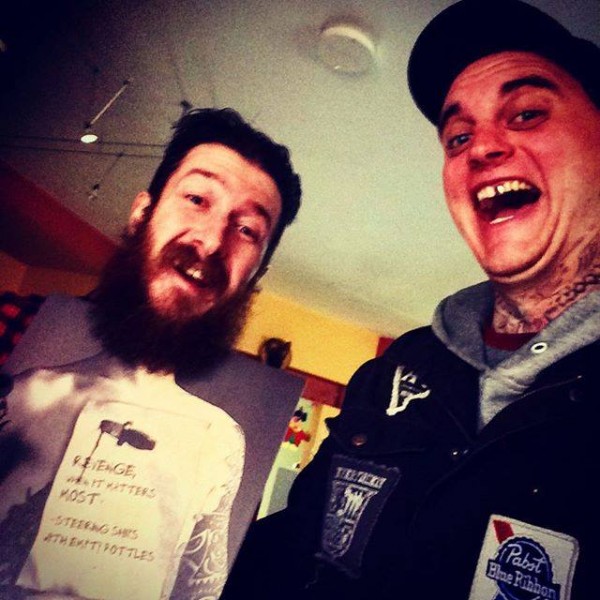 STEERING SHIPS WITH EMPTH BOTTLES - Revenge When It Matters Most LP

Hailing from the booze-soaked, frozen tundra of Milwaukee, Wisconsin, S.S. WEB fuses elements of Folk, Punk, Americana, Rock, and Country into a style all their own.
For the better part of 7 years S.S. WEB has been plying their trade, honing their skills as musicians and songwriters. They self released their debut album, "North", in 2011 and released it's follow up, "1933", in 2013 through Wayward Parade Records.
Taking to the road like marauding pirates take to the sea S.S. WEB has played countless shows from coast to coast, bringing the party and a glorious racket wherever they go, making new fans and friends at every stop.
2014/2015 saw the band heading back out on the road, writing and recording material for new records, and continuing to establish themselves as one of the premier bands in a burgeoning underground roots scene. Those 2 years made’em touring all over the world, playing several festivals, clubs, … and even managed to get them their first European album release.
2016…. Let’s see what this brings for S.S. WEB

1. Sharpen Up the Meat Cleaver