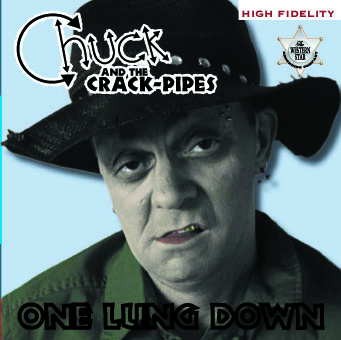 Solo album from Psychobilly scene legend Chuck Harvey of The Frantic Flintstones. Recorded at Western Star with a group of highly regarded session players, Chuck has done an album of songs all relating to drugs and alcohol - both of which have been the backdrop of his life. This album can be best described as a classic country album which ROCK's in places and will be lapped up by his army of loyal fans world-wide.

Chuck has toured relentlessly over the years and this year alone his band The Frantic Flintstones have over 50 dates in Europe, UK, USA, Brazil and Scandinavia. Chuck & the Crack-pipes also have 2 promo video's which will appear on the DVD "Psychobilly & Rockabilly Mayhem - The Western Star Promo collection" out on Cherry Red films this autumn.