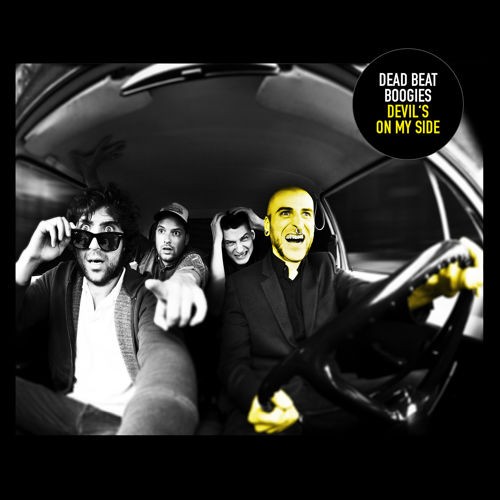 Beschreibung Produkt-Videos
Beschreibung
Founded in Cologne in 2010 by Tom, Max and Stefan as a three piece rock'n'roll outfit, we tried... mehr
Menü schließen
Produktinformationen "DEAD BEAT BOOGIES - Devil's On My Side CD"

Founded in Cologne in 2010 by Tom, Max and Stefan as a three piece rock'n'roll outfit, we tried to do things differently. Bass-less combo, inspired by old blues music and influenced by everything from acid rock to punk, transformed instantly into something, what became a serious band. Despite our different musical backgrounds, we've found the common ground in raw stripped-down boogie, gritty garage sounds and the wildest forms of elemental rock'n'roll. We locked ourselves in our rehearsal space for some time, to bring all these essences together. The outcame was quite a strange brew full of groove, fuzz and twang, perfectly fitted to fuel the rock'n'roll steam engine called Dead Beat Boogies. Enjoy!