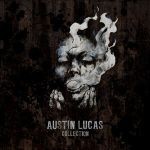 Shortly after recording a split album, Bristle Ridge, with Chuck Ragan, Austin Lucas set out to start recording demos for what would eventually become Somebody Loves You. The demos were pretty raw, but there was a magic to the recordings so it was decided that Austin, Hometown Caravan & Sabotage Records to do a small pressing on 10 inch of these songs.That release, At War With Freak Folk sold out quickly and could be the most highly sought after piece in most peoples Austin Lucas collections. As Austin starts recording demos for his followup to Somebody Loves You, we discussed putting together a Collection of recordings that originally appeared on vinyl only releases. Collection begins with those 6 songs from At War with Freak Folk, includes Austins tracks from his split 7inch with The Takers, Austins cover of Dolly Parton from his Under the Influence split 7inch with Frank Turner, a track from his split 7inch with Chuck Ragan, and a track that has been unreleased until now.Until Austin completes his next masterpiece, allow Collection to offer you another dimension to Austin Lucas.
Weiterführende Links zu "LUCAS, AUSTIN - Collection CD"
Produkt-Videos
Produkt-Videos ansehen
Kunden kauften auch Kunden haben sich ebenfalls angesehen
Kunden kauften auch
Kunden haben sich ebenfalls angesehen
Zuletzt angesehen