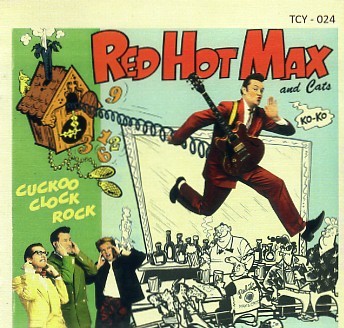 The Swedish rockabilly pioneer Red Hot Max has kept up the rockin’ spirit ever since he started his band back in 1979. With eight albums and countless number of shows all over Europe (incl. the Soviet Union) Red Hot Max is no doubt regarded as one of Scandinavia’s most influential rockin’ acts. Their swing-a-billy styled album “Cuckoo Clock Rock” brings a certainly varied listening with quite a lot of hysterical energy!