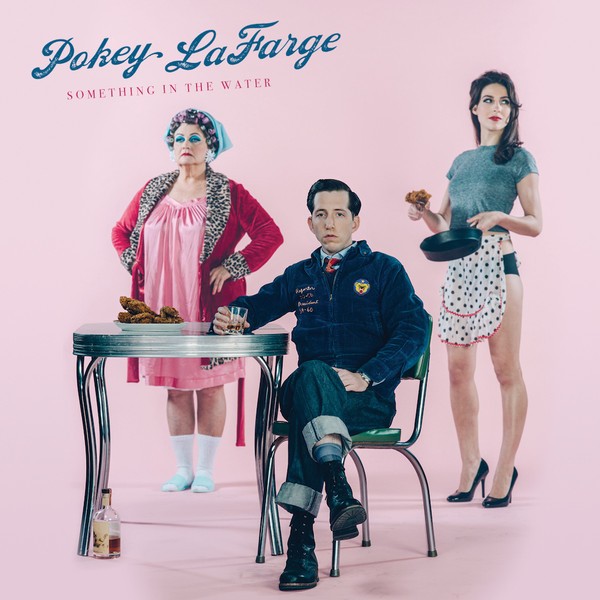 Beschreibung Produkt-Videos
Beschreibung
Produced by Jimmy Sutton (best known for his work with JD McPherson), Something in the Water... mehr
Menü schließen
Produktinformationen "POKEY LA FARGE - Something In The Water CD"

Produced by Jimmy Sutton (best known for his work with JD McPherson), Something in the Water marks a new landmark in Pokey’s career. The dozen-song set features a diverse cast of talented players, including Pokey’s own longstanding touring combo as well as members of such notable outfits as NRBQ, the Fat Babies, the Modern Sounds, and the Western Elstons. Something in the Water finds Pokey expanding and deepening his musical reach on such new originals as the wry, rollicking title track, the swaggering ragtime workout “Wanna Be Your Man,” the infectiously jazzy “Underground,” the evocative crooner “Cairo, Illinois,” the exotic ballad “Barcelona” and the swinging album-closer “Knocking the Dust off the Rust Belt Tonight,” whose witty lyrics underline the album’s proudly Midwestern sensibility.

1 Something In The Water
2 Wanna Be Your Man
3 Underground
4 When Did You Leave Heaven
5 Cairo, Illinois
6 Actin' A Fool
7 All Night Long
8 Goodbye, Barcelona
9 Far Away
10 The Spark
11 Bad Girl
12 Knockin' The Dust Off The Rust Belt Tonight