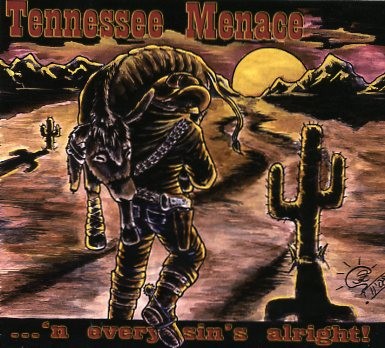 The four cowboys from Southern Germany interpret their own songs as well as select cover songs in a wide variety of styles: thumping and aching like an old train, with cool swing rhythms, and almost universally their speed rivals gun shots in the Old West.

Tennessee Menace met  more or less by chance  at a few jam sessions in spring 2006, and not even three months later they had their first concert together. In the following two years Tennessee Menace played 40 gigs at home and in several European countries. They were the support group for Restless, Frantic Flintstones, Meteors, and Rockabilly Mafia, to name but a few.